A new Pilot Free Trade Zone has been established in Shanghai as of September 29 this year. The special zone will serve as a testing ground for small scale financial reform, such as an easing of capital controls on the renminbi to enable free convertability, as well as a gradual ease of market restrictions for a range of new service industries, in addition to a greatly facilitated customs clearance and import process. 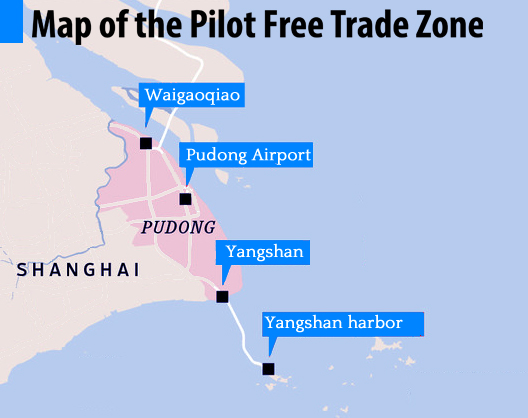 The Pilot Free Trade Zone will span four previously existing bonded zones, and establish a new bonded zone in Waigaoqiao in the north of Pudong, which will surely see a great deal of urban development during the coming years.

Government officials has issued a "negative list" - detailing some 1000 industries which are banned from foreign investment in the pilot free trade zone - and have in turn eased restrictions for six service sectors where foreign investors will gradually be allowed to make investments and participate without Chinese partners. Regarding these six service sectors, it has been promised that foreign investors recieve "national treatment", and will thus not have to undergo a pre-approval, which was previously the case. Instead, filing requirements will apply.

The banned list involves a diverse range of businesses, such as setting up golf courses and any media outlet (except online music platforms). The most notable industries now allowed to operate within the PFTZ are sales of video game consoles, banned since 2002, and travel agencies (as long as the destination isn't Taiwan). 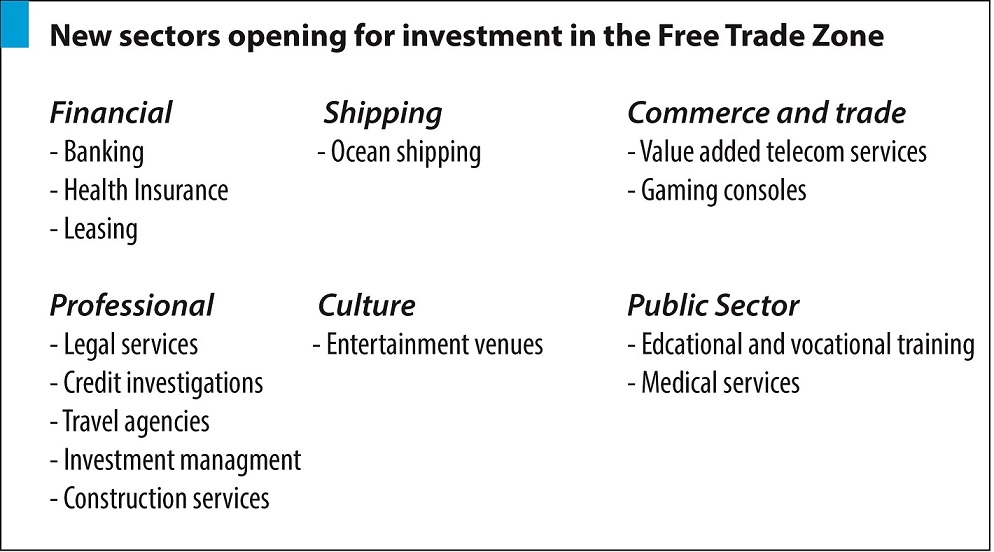 A shortened list of industries, previously banned which now has less market restrictions within the pilot free trade zone.

Liu Denping, director of the border check department of the General Administration of Quality Supervision, Inspection and Quarantine said in a statement that "authorities have lowered the threshold for inspection and quarantine to avoid rigorous inspections and customs assessments and therefore reduce companies' costs".[1]

Despite financial reforms within the zone, such as an ease on cross border capital flow and a fully convertible renminbi, the response has been lukewarm among foreign financial institutions. Only two has set up shop in the zone this far – Citigroup and DBS. The former's Chinese boss Andrew Au has admitted they have recieved little or no information of what the move to the special zone actually will entail, since Chinese officials has been rather cautious in allowing too many concessions in this initial stage of the pilot free trade zone.