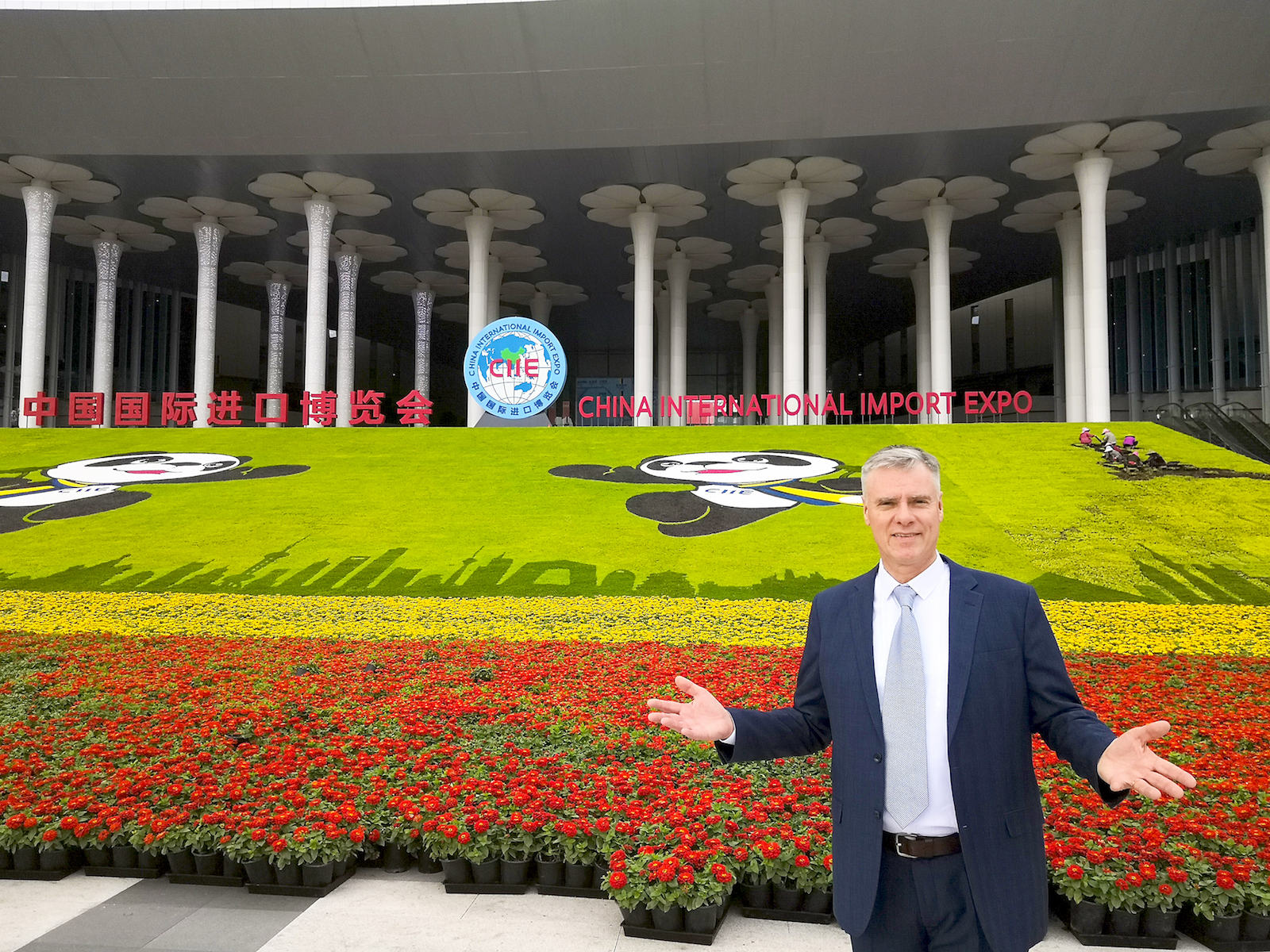 Buildings are being repainted, flowers are planted, and traffic rules are being enforced along with the fines sharply increased prior of the China International Import Fair or CIIE as its popular acronym. Shanghai’s party secretary has urged its citizens and administrators to go all out in the effort of hosting the international expo.

“This reminds me of the preparation before the world fair in Shanghai 2010”, says Per Linden businessman in Shanghai since 15 years and founder of Scandic Sourcing.

The exhibition will be opened by President Xi Jing Ping himself, who has taken the initiative to organize the event, welcoming heads of states, dignitaries and business leaders from around the world. Chinese companies have been commanded to show up and has in many cases got assigned purchasing budgets.

The event has been labelled as Chinas effort to show the world and its own people that it is serious of raising imports. Behind this is the huge trade surplus of 2.87 trillion Yuan and Chinas long term plan to transform from a production and export oriented economy to an innovation and consumption led society.

Last year with exports and imports respectively registered at 15.33 trillion Yuan and 12.46 trillion Yuan, growing by 10.8 percent and 18.7 percent from the previous year, the numbers are already pointing in the right direction.

The expo will be held in Shanghai on November 5-10. There will be about 80 country pavilions, more than 2800 companies on 270,000 m2 of exhibition space used at the New National Convention Center in the Hong Qiao area in Shanghai.

“It will be interesting to see the result of this from the top approach to increase import and how much can be achieved in only five days, but as the old Chinese proverb say a journey of a thousand miles start with a single step and this is a very distinctive and powerful first step” Says Per Linden.