Why you need a Code of Conduct program in China

The most efficient way to ensure safe and sound working conditions among your Chinese suppliers is to employ a Code of Conduct program monitored and enforced by third-party on-site inspections.

Despite soaring labor-wages, China has enduring strengths as a manufacturing base for Western companies and remains a very attractive place to do business. However, social responsible conduct among Chinese suppliers has not kept pace with the economic progress. Fact is that labor right violations is so common it can be assumed to be taking place if not proven otherwise. The solution: research shows that factories operated by Western companies that employ a Code of Conduct program tend to have few violations.

The benefits of its flexible work-force, well developed infrastructure and low cost manufacturing make China an attractive destination to outsource manufacturing and production. In 2013 alone, a record $117.6 billion in foreign direct investment (FDI) flowed into China. The growing Chinese domestic consumer base is also a mouth-watering target for many a Western executives. Yet in the frenzy of lowering production costs and outsourcing production to China, the fact remains that many Chinese suppliers offers less than substandard working conditions for its workers.

China has a substantial labor law in place that promises workers a five-day, 40-hour work week, guarantee, a set minimum wage and overtime pay for working hours exceeding 44 hours a week, as well as restrictions on overtime to 32 hours a month. However, as long as the Chinese suppliers keep competing in price – and as Western buyers are pressured to find the quickest delivery times to the lowest cost – violations at the factories are bound to take place. In fact the non-compliance to the Chinese labor law in China is so widespread, it can be assumed to be taking place until proven otherwise. The situation is also in-part caused by the Hokou-system which excludes migrant workers from the urban welfare system when they move to other provinces (some 150 million workers were employed outside their rural or urban township as of 2009) – in effect creating a working class that is easy to abuse. This creates an environment where workers rights are far from a priority for the factory management. A notable example is the Iphone-manufacturer Foxconn, where the 70-hour workweek supervised by its Taiwanese military style regime led to 13 suicides among its workforce between 2009 and 2010.

More information on Code of Conduct 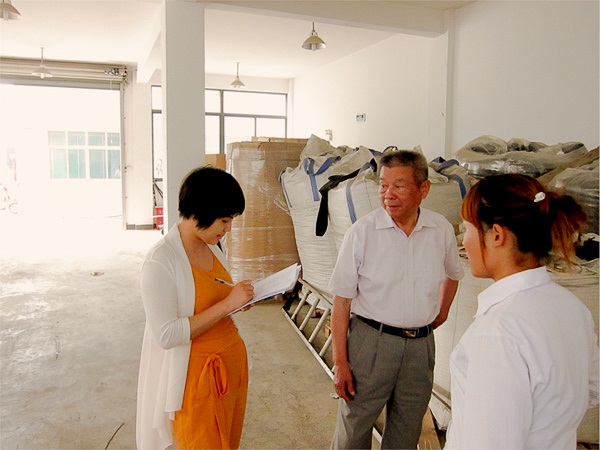 A 3d party Code of Conduct with regular audits and monitoring can efficiently counteract draconian management or substandard working conditions at your Chinese supplier's plants. The benefits bringing your suppliers to adequate social standards have a multitude of worthwhile benefits beyond the mere moral aspects.

Research shows that having a clear Code of Conduct program in place, adapted to be compatible with Chinese conditions can significantly improve working conditions among your supplier’s labor force. The benefits are many and are not merely moral benefits – suppliers who cannot comply with simple Code of Conduct requests are usually “bad apples” that can have a harmful effect on your entire chain of operations. If one of your suppliers cannot for instance place a proper fire exit sign by the emergency exit, what else will they give you trouble with down the line?

Codes of Conduct serve to weed out the high-risk suppliers and thus reduce the risk and fragility of your supply-chain in China. It also increases transparency and makes you more aware of the real state of your supplier’s operations. Suppliers that show a willingness and a capability to comply with a Code of Conduct are often also reliable in others aspects of its conduct – including producing goods on deadline and delivering adequate quality in a safe and sound way. The process of establishing the Code of Conduct program also serves to strengthen your relationship with the supplier. This has a number of benefits to ensure the long-term stability of your supply-chain out of China. If you are working in China for the long-term, a Code of Conduct is a small investment that can potentially save you millions in operating costs.

Scandic Sourcing has developed a Code of Conduct program in accordance with ISO 14000 and the UN Global Compact that won the Swedish Chamber of Commerce 2012 award for innovation. It works to gradually bring your supplier pool up to the standard required by your home office. The program is adapted to not clash with Chinese local laws and regulations, and will be enforced by factory audits and monitoring systems. The starting point in Scandic Sourcing’s approach is that most factories are not violating international norms and Chinese laws deliberately, but rather from a lack of knowledge. Engagement, education and encouragement are key tools to raise awareness among such suppliers.

Read more about applying a Code of Conduct in China.